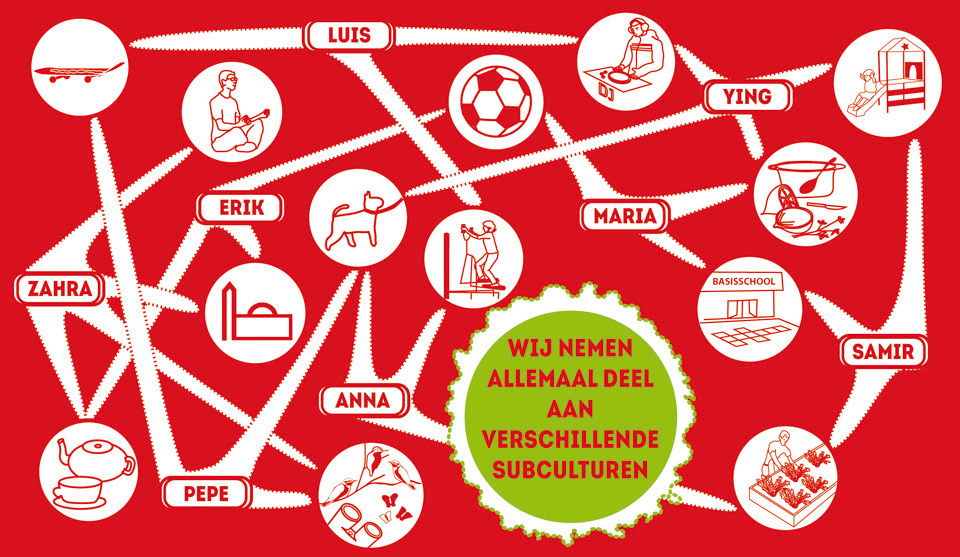 In the Dutch city of Rotterdam we are working on the inclusive city for the project and area developer AM.

To become part of a subculture you have to know that it exists and that is possible through spontaneous meetings with someone from that subculture. Forced meeting between subcultures is not very successful because long-term relationships can only be established if there is a shared interest. A shared interest arises more quickly when you meet each other and are responsible for something together, for example watching the children in the neighborhood playground, managing a garden, organizing a tournament or the neighborhood barbecue. We call that rubbing subcultures. In our design methodology we focus on this rubbing so that understanding, knowledge and spontaneous encounters arise. It is based on the known unknowns; people you know by sight, but not in person are less “scary”. For example, youths hanging around in your own neighborhood are less frightening than youths in another neighborhood. From the phase that unknown people become known, interest in each other can arise; it is a growth theory in which subcultures rub against each other and slowly you hope that people become part of multiple subcultures and thus become more part of society and increase their resilience.

For us, the inclusive city is a city where subcultures thrive and rub together. Hoping that spontaneous encounters lead from unknown acquaintances, to interest, to being part of one of each other’s subcultures. The football father who comes into contact with gardening and also starts working with greenery in his street and thus gets to know others again.

We have developed a methodology to design and develop the inclusive city in which subcultures thrive and rub together. The basis of an inclusive city is that programs and functions are mixed in buildings and in the neighborhood so that different subcultures meet. We take the following steps:
– Get to know the unkown; knows what is going on and how the different subcultures live;
– Active and surprising participation during the development of the ideas, the implementation of the plans and in the management;

– Transforming vision into concepts at building and area level where programs and functions of different subcultures are bundled. Public space plays an important role in this.
– Leave spaces undefined for participation in the short and long term; and
– Identify short-term action strategy with which you can start tomorrow to develop the area.

With this vision and approach, we are now working on making the AM projects in Rotterdam South more inclusive

The project and area developer AM Inspiring Places has named the inclusive city as one of its core themes. AM launched the AM I Included competition? and asked for visions for the inclusive city. After several selection rounds, they finally opted for our vision.

The jury report is available in English

Read an interview at Vastgoedjournaal.

Read an interview at De Architect

Read an article about the project ar Gemeente.nu

The urban planning and design magazine Blauwe Kamer published an article about our entry. 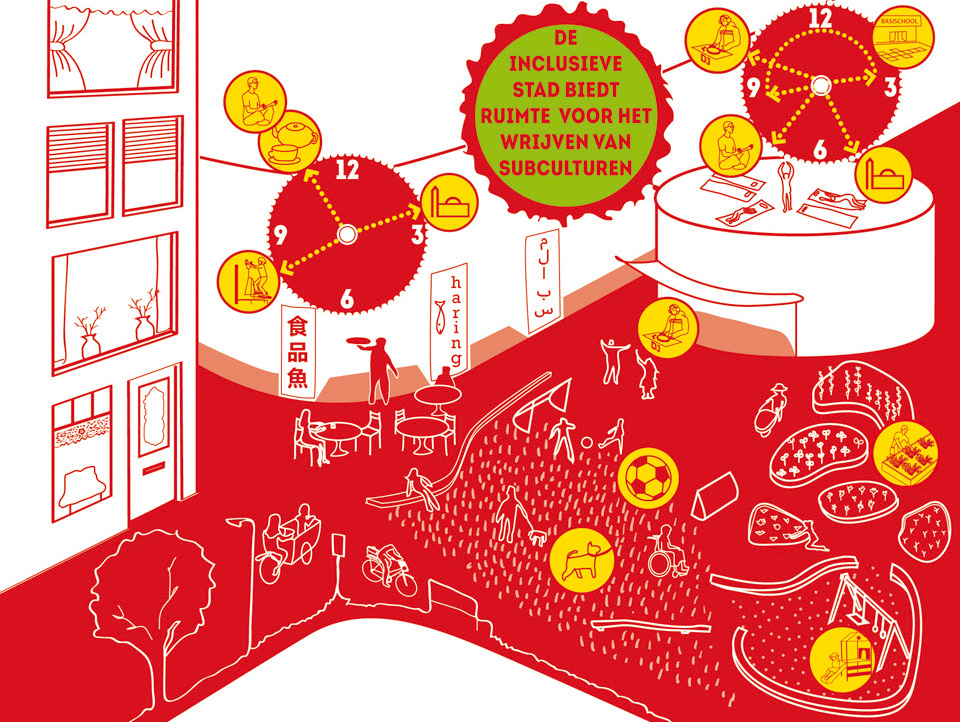