All about the Dutch Bike and cycling culture

It is well known that the Dutch cycle and more and more countries are wondering how they can promote this cycling culture to beat congestion, improve the environment and make people move. Why do we cycle in the Netherlands? A bike lane is not enough, a holistic approach is necessary in which the orgware, software and hardware of a city work together. We, as urban designers and planners, are more focussed at the hardware to create a secure, direct, attractive, logical and enjoyable cycling infrastructure in conjunction with other forms of mobility and urban development.

Why is cycling in the Netherlands as popular as it is right now? In several of our recent projects we have formulated the answer to this question. Some examples:

– The Netherlands was country of honour of the book fair of Bogotá, Colombia. Inside the Dutch pavilion an exhibition about the history of cycling was presented. We collaborated in the design and content of this exhibition.

– Panama would like to promote biking in the city centre. A training was given to discuss the holistic approach and which role the different stakeholders have in making the cycling project a success.

– The theme of the Colombian Week of Transport was biking and as a present to this week a movie was made in which government officials explained their role at the national and local scale in promoting biking. Click here to see the movie.

– Tours were organized for several groups of officals that have visited the Netherlands. Normally cycling in the Netherlands was one of their interests and we showed several other projects about sustainable urbanism.

– We also contributed to several magazines about the advantages of cycling. For example, Sjees, the Dutch magazine about cycling culture, published an article about giving priorities. 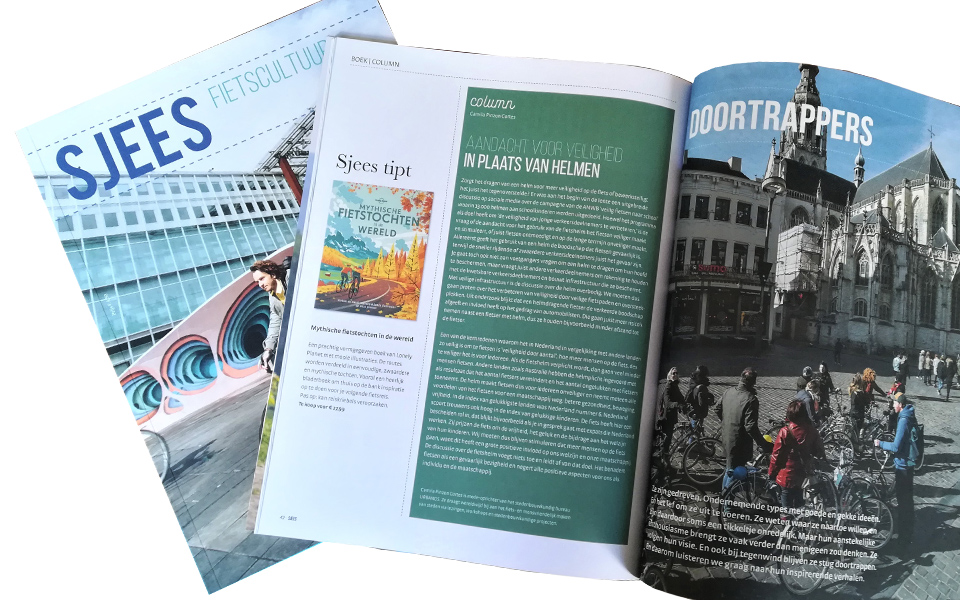